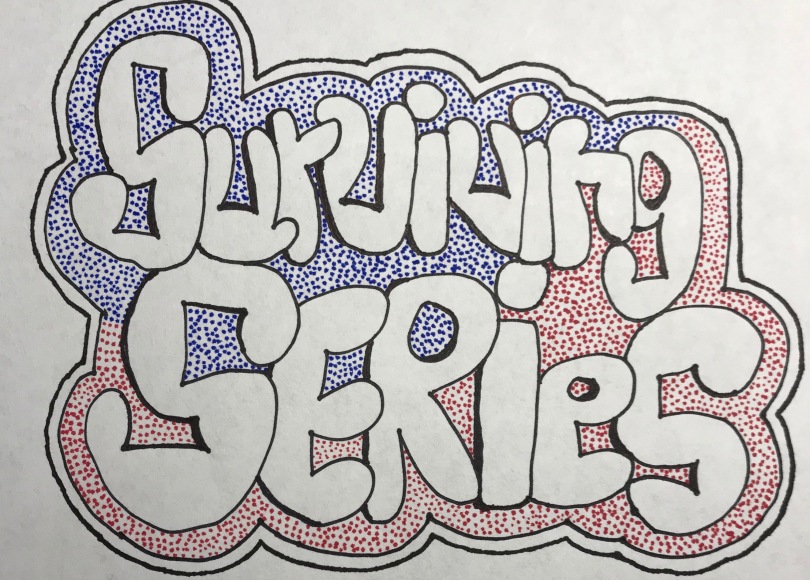 The night is freezing and windy in West Highland District. The neighborhood is crowded with cars. A teenage boy about sixteen years-old sleeps in an apartment complex that is infested with mold. A young man that is 5’8’’ tall that is very thin. When he was in grade school people use to call him “Slim Jim” because he looked like a meat stick. The boy’s name is Maximilian Cooper. He lives in on Park Avenue that is invaded with criminal activity.

Max’s father, Michael Cooper who is 40 years old and unemployed sits on a recliner chair that has an odor of rotten onions. He watches his favorite television shows and drinks till he gets drunk. Michael is an alcoholic, and his favorite beverage is mediocre beer that tastes like dirty sewer water and unrine. He is 6’5” and paunchy with a beer belly that sticks out as if he is seven months pregnant. Michael has a five o’clock shadow that makes him look filthy and smelly. He wears the same clothes for a week. His shoes are dirty and full of car oil. Michael wears a shirt that has holes on it with a smell of sweat. The pants he wears is black Levis that have faded into the color grey. Mike doesn’t work because of an accident at his last job. Eight years ago, when Max was seven-years-old his father was a construction worker and made a decent living. One day, Michael was putting ruber slates on a two-story house and it was wet and slippery. Then, he fell off the roof and landed on the ground. After the fall, he was rushed to the emergency room and the doctor’s scanned his entire body with an x-ray machine. They found out he had cracked his vertebrae and broke his femur bone. Ever since the accident, Mike hasn’t been the same. He collects social security and walks with a limp. He is only 40 years old and needs a cane to support his body

On the other hand, Max’s mother is named Fernanda Garcia-Cooper. A thin woman that has brown curly hair and is about 5’3’’. She grew up in Texas and moved to California when she was a young girl. Fernanda’s family migrated from Mexico because her father was unemployed and couldn’t find a job. Fernanda’s father was a hardworking man. He would take any job to support his family. One time, her father had a job in Mexico cleaning pig pens and she would gag everytime she would go help him at work. She also had a brother, but he died of an infection when he was eight years-old. The death of her brother was the reason why they left to the United States. Fernanda can recall brief moments of her brother. When they came to the United States they worked in the labor camps. Fernanda didn’t grow up rich. She wasn’t the wealthiest girl in town, and the kids around the block would laugh at her because of her hand-me-down clothing. Fernanda wore a dress that had patches of other clothing attached to it. The boys at school would make fun of her because she was poor. They even threw rocks at her because her shoes were a size bigger. She still remembers those horrible memories.

She met Michael at a drive-in theater when she was 18, and he was 23. He was behind Fernanda in line when she was short on change, so he steps in and paid for her drink. She approaches Mike and said, “Thank you for the soda.” He stared at her which seem like an eternity. Mike replied, “No problem babe.” They started a conversation that lasted for several hours. At the time, Michael was employed and handsome. She immediately fell in love with Mike because he was athletic, tall, and well-groomed. He was the perfect man she laid her eyes on. Then, 2 years later they got married, and her son Max was born.

She is 35 years-old woman who works in a fruit factory sorting oranges. The night shift is tough for her because she struggles to get to work. She has to take the bus around the city to get to the factory, and she is often harassed by the men at work. A few months ago, Fernanda was at work sorting oranges on the conveyer belt and a man appraoched her touching her back. He said, “You are a pretty latina I would die for you honey.” She instantly felt offended and elbowed him in the face breaking his nose. It wasn’t her fault that she was the prettiest woman at the factory. The mangers also would often harass her and she couldn’t say nothing back because he threaten to fire her if she told anyone. Fernanda has no option, but to work there. She barely makes any money and she ia the only one working in the household. Fernanda gets no attention and is always frustrated that she has to maintain the income. It is not fair for her because when Michael was working, they had a beautiful home in a safe neighborhood. Then, after Michael’s accident there alternative was to move in a low-income community where they can afford the cost of living. The people who suffer are Max and Fernanda Cooper

Max is a mediocre teenager that is in 11th grade. The school is five blocks away from his home and he has no other choice but to walk to school. This is because his parents had a SUV which was stolen by a group of hoodlums to use for a drive-by shooting and was abandoned in another neighborhood burned. The school he attends is James A. Carter High school or “JAC” High for short. Max is frequently bullied at school. A group of individuals that are affiliated with the most dangerous gang in West Highland District which is called Park Street Mafia (PSM). This gang was created in the 1950’s where many Mexican’s were treated cruelly. They were segregated and life wasn’t fair for them. A group of Mexicans were sick and tired of being brutalized, so they formed a gang to fight back. As the years went by they have tormented West Highland District. The gang fell apart and got affiliated with drugs and money. The history of PSM were to protect Mexican’s from being abused and discriminated. The gang started to turn on its own people and chaos erupted. It turns out that this gang was the most threatening group in West Highland District.

A group teenagers terrorize the entire school. They are ten members in total. They are a bunch of wannabes. They have never done anything insane to put them in the original PSM gang. The streets are where the real criminals are at. Max was in the locker room changing into his P.E. clothing, and three members of the PSM went up to him and asked, “Are you repping PSM now or what?” This group did not like fake members because it made their reputation look bad. Max looked down at his sneakers and replies, “No, I don’t participate in gang activity alright,” as if he was annoyed. One of the thugs said, “I saw you on Park Avenue man, what are you doing on that street!” mad as if someone stoled his music player. Max replied, “I live there, and that is not my hood alright,” his voice grew louder. The gangsters looked intimating because they wore big long shirts and baggy jeans with Nike Cortez shoes. One of the teenagers said, “Alright next time don’t let us see you there again.” Max thought he got away free, but not this time the three hoodlums attack him. They batter him up with punches and kicks. Max hated school, and he hated his life. He wishes his dad would stop drinking and stop being lazy. He desired that his mother wouldn’t have to suffer, so he made a stand and fought back.